Are you shopping the Nordstrom Anniversary sale this year? It has been a part of my summer for the past 10+ years. I remember taking advantage of summer Fridays at our company to head to the sale. Or going after work when they started early access. Oh, the glory days of shopping without kids! (I tried to find the year the anniversary sale started because I’m pretty sure I’ve been shopping it the entire time, but google failed me.)

As much as I love the sale, I will be honest and admit it has lost its luster the past few years. The quality doesn’t seem to be as high, items sell out before early access even opens to my level much less the public, and items that don’t sell out go on sale for as great, if not greater, of a discount 4-6 weeks later. All that being said, there’s something that still draws me to it.

While everyone’s circumstances are different, in the midst of a global pandemic and recession, if there isn’t anything you need, do not give into the hype of the sale. If there are gaps in your wardrobe or your kids have outgrown their cool weather clothes, it can be a good opportunity to get these items at a substantial discount.

The first day you can shop the anniversary sale varies based on your status. The sale opened to the highest spenders last week, to Insiders (that’s me) tomorrow at noon and the public (i.e., anyone without a Nordstrom credit card) on August 19th.

New this year, you can view all sale items and add them to your wish list. I’ve been doing this over the past 10 days. I think it will help to not get caught up in the sale once it goes live. I’ll have my list and be more likely to stick to it.

When I reflect on anniversary sale items I’ve purchased in the past which have stood the test of time, it’s primarily shoes and lingerie. A weird combination, yes, but it is what it is.

Below are 10 items that are either on my wish list this year or items I have bought in the past and would recommend.

ONE // Nike Dri-Fit Running Shirt: I have a similar quarter-zip top that I wear running in the winter a lot. It comes in grey, black and a fun bright pink.

TWO // Hanky Panky Low Rise Thong: These are my go to day underwear and I plan to buy another pair or two. My friend recommended these Natori thongs – she said they aren’t as rough at Hanky Panky. I would like to try a pair to see if I want to make the switch.

THREE // Natori Feathers Bra: This is the #1 item I’m planning to purchase. I’ve worn this bra for years and try to buy one each year that it’s on sale.

FOUR // slip Scrunchie Set: These are the only scrunchie I’ve used that truly does not give me a crease. In case this set is sold out, slip scrunchies are also sold at Dermstore in a smaller set that is on sale. I bought one to break up for holiday gifts.

FIVE // Charles by Charles David Nude Pump: I bought an older version of these pumps during an anniversary sale 5+ years ago. I still own and love them. They are comfortable (as far as heels go) and the nude shade is versatile. I don’t wear them often anymore, but I’m always glad I have them when I do.

SIX // Mother The Looker High Waist Skinny Jeans: I looked through all the jeans and am most interested in this pair by Mother Denim. I own a similar pair in black. If that style is sold out, the Paige version also looks great.

SEVEN // Alo High Waist Leggings: I’ve wanted to try Alo leggings (can they really live up to my beloved Lululemon Align leggings?) and love the look of this moto version.

EIGHT // Moonlight Dreams Pajama Set: This cozy pajama set reminds me of another, more expensive, set I used to have. Some of the reviews state they run large so consider sizing down.

NINE // Ugg Slippers: A pair of slippers is a winter must have, especially now that we’re all at home more often.

TEN // Gal Meets Glam Maxi Dress: I have been on the hunt for this dress for two years since it came out. It sells out quickly every time it’s released. I’ve read great reviews on it from people that I trust.

Not to leave out the men and kids, here are 5 items in each category that I recommend taking a look at.

ONE // Cole Haan Sneakers: These are the #1 shoe I would recommend (they are on my list of basic essentials for men). They look great with jeans or dressier pants. Jim has 3 pairs (black, grey and brown).

TWO // Patagonia Better Sweater Zip Jacket: In my immediate family, there are four of us that own the Better Sweater. It’s a go to in the winter. I wear mine at home on colder days and outside in the spring and fall.

THREE // Cole Haan Franklin Boot: A chelsea boot is such a classic. I’ve had great luck with Cole Haan sale items over the years. This pair of boots is waterproof and over $100 off!

FOUR // Travis Mathew Shorts: When it comes to golf brands, I really like Travis Mathew. The fit is usually spot on. Jim recently bought a pair of Travis Mathew shorts and likes them.

FIVE // Nordstrom Chinos: My brother gets a pair or two of these pants every anniversary sale. They are a great basic. They also come in a slim straight version.

Other than Patagonia, I’m not a huge fan of the clothing brands that Nordstrom carries for kids. For this sale, I usually focus on shoes and jackets. You can see my favorites below.

ONE // Hunter Leopard Rain Boots: Gah, Sybil already has too many pairs of rain boots since she gets Lawson’s hand me downs, but this leopard version is so stinking cute. They are already listed as sold out and I’m crossing my fingers they restock because someone needs to get these!

TWO // Patagonia Nano Puff Jacket: I’ve seen a lot of recommendations for this Patagonia puffer from local moms. Lawson had one when he was a baby that was passed to Sybil and then to one of their cousins. I think they run slightly big so you can get at least two years wear out of it.

THREE // See Kai Run Waterproof Boot: We’ve had two pairs of these boots. They are warm without being heavy. Sybil wears them as her everyday shoe in the winter. They were warm enough even when she refused to wear socks for an entire year.

FOUR // Adidas Swift Run Sneaker: A great basic sneaker for kids. Lawson has this pair and finds them to be comfortable.

FIVE // Ugg Bootie: I have a feeling Sybil would LOVE these boots. Her birthday is at the end of this month and I may just splurge on these for her. 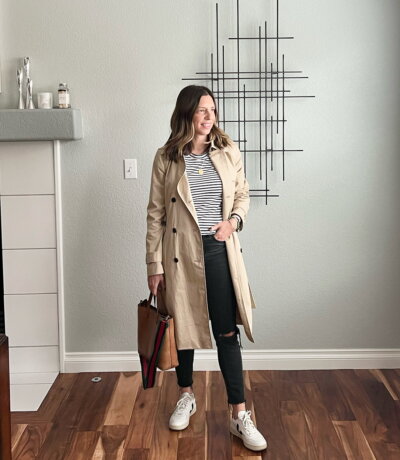 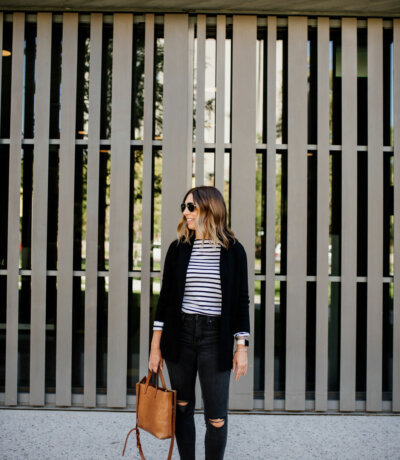 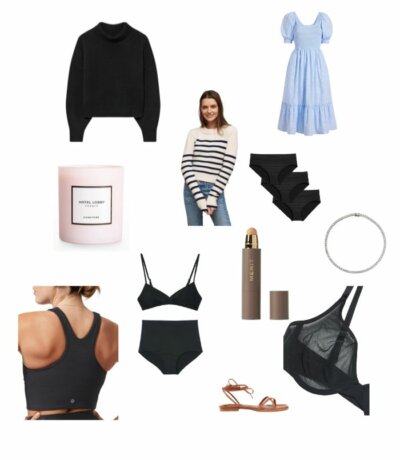