I love books and reading and giving books as gifts. There’s something so satisfying about thinking of a book that someone else might like.

Books I’ve personally are marked with an asterisk, books my parents have read and liked are marked with two asterisks. I’ve included links to Amazon, but if you’re able to shop at your local bookstore please do. You can find all gift guides here and all reading lists here.

ONE // Sh*t My Dad Says**: After being dumped by his longtime girlfriend, twenty-eight-year-old Justin Halpern found himself living at home with his seventy-three-year-old dad. Sam Halpern, who is “like Socrates, but angrier, and with worse hair,” has never minced words, and when Justin moved back home, he began to record all the ridiculous things his dad said to him. My dad giggled his way through this book.

TWO // HRH: So Many Thoughts on Royal Style*: Veteran style journalist Elizabeth Holmes expands her popular Instagram series, So Many Thoughts, into a nuanced look at the fashion and branding of the four most influential members of the British Royal Family: Queen Elizabeth II; Diana, Princess of Wales; Catherine, The Duchess of Cambridge; and Meghan, The Duchess of Sussex. I pre-ordered this book way back in July. I’m a huge fan of the author and have learned a lot about fashion as a statement through her Instagram account.

THREE // A Most Beautiful Thing*: The moving true story of a group of young men growing up on Chicago’s West side who form the first all-black high school rowing team in the nation, and in doing so not only transform a sport, but their lives. I purchased this book for someone on my list this year.

FOUR // Open Book*: Jessica reveals for the first time her inner monologue and most intimate struggles. Guided by the journals she’s kept since age fifteen, and brimming with her unique humor and down-to-earth humanity, Open Book is as inspiring as it is entertaining. Open Book is one of the top 5 books I’ve read in 2020.

FIVE // Lands of Lost Borders: As a teenager, Kate Harris realized that the career she craved—to be an explorer, equal parts swashbuckler and metaphysician—had gone extinct. From what she could tell of the world from small-town Ontario, the likes of Marco Polo and Magellan had mapped the whole earth; there was nothing left to be discovered. Looking beyond this planet, she decided to become a scientist and go to Mars. Lands of Lost Borders is the chronicle of Harris’s odyssey and an exploration of the importance of breaking the boundaries we set ourselves; an examination of the stories borders tell, and the restrictions they place on nature and humanity; and a meditation on the existential need to explore—the essential longing to discover what in the universe we are doing here.

SIX // A Promised Land*: In the stirring, highly anticipated first volume of his presidential memoirs, Barack Obama tells the story of his improbable odyssey from young man searching for his identity to leader of the free world, describing in strikingly personal detail both his political education and the landmark moments of the first term of his historic presidency—a time of dramatic transformation and turmoil. I pre-ordered A Promised Land and am excited to receive in the mail.

SEVEN // Transcendent Kingdom: A deeply moving portrait of a family of Ghanaian immigrants ravaged by depression and addiction and grief–a novel about faith, science, religion, love.

EIGHT // Squeeze Me**: A hilarious new novel of social and political intrigue, set against the glittering backdrop of Florida’s gold coast. It’s the height of the Palm Beach charity ball season: for every disease or cause, there’s a reason for the local luminaries to eat (minimally), drink (maximally), and be seen. But when a prominent high-society dowager suddenly vanishes during a swank gala, and is later found dead in a concrete grave, panic and chaos erupt.

NINE // Elements of Family Style*: Loved by her readers for her chic interior designs and frank and funny revelations about life behind the scenes of her picture-perfect blog, bestselling author and designer Erin Gates presents a new book about how to live stylishly amidst the chaos of daily family life. This uniquely personal and practical guide will explain how to create a home that makes you proud and reflects your own style while also being durable, safe, and comfortable for children.

TEN // The Hate U Give*: Sixteen-year-old Starr Carter moves between two worlds: the poor neighborhood where she lives and the fancy suburban prep school she attends. The uneasy balance between these worlds is shattered when Starr witnesses the fatal shooting of her childhood best friend Khalil at the hands of a police officer. Khalil was unarmed. Soon afterward, his death is a national headline. What everyone wants to know is: what really went down that night? And the only person alive who can answer that is Starr. But what Starr does—or does not—say could upend her community. It could also endanger her life.

ELEVEN // The Last Train to London: In 1936, the Nazi are little more than loud, brutish bores to fifteen-year old Stephan Neuman, the son of a wealthy and influential Jewish family and budding playwright whose playground extends from Vienna’s streets to its intricate underground tunnels. Stephan’s best friend and companion is the brilliant Žofie-Helene, a Christian girl whose mother edits a progressive, anti-Nazi newspaper. But the two adolescents’ carefree innocence is shattered when the Nazis’ take control.

TWELVE // The Kiss Quotient: Stella Lane thinks math is the only thing that unites the universe. She comes up with algorithms to predict customer purchases—a job that has given her more money than she knows what to do with, and way less experience in the dating department than the average thirty-year-old. It doesn’t help that Stella has Asperger’s and French kissing reminds her of a shark getting its teeth cleaned by pilot fish. Her conclusion: she needs lots of practice—with a professional.

THIRTEEN // Is This Anything?: Since his first performance at the legendary New York nightclub “Catch a Rising Star” as a twenty-one-year-old college student in fall of 1975, Jerry Seinfeld has written his own material and saved everything. For this book, Jerry Seinfeld has selected his favorite material, organized decade by decade. In page after hilarious page, one brilliantly crafted observation after another, readers will witness the evolution of one of the great comedians of our time and gain new insights into the thrilling but unforgiving art of writing stand-up comedy.

FOURTEEN // As Bright as Heaven: in 1918, Philadelphia was a city teeming with promise. Even as its young men went off to fight in the Great War, there were opportunities for a fresh start on its cobblestone streets. Into this bustling town, came Pauline Bright and her husband, filled with hope that they could now give their three daughters a chance at a better life. But just months after they arrive, the Spanish Flu reaches the shores of America. As Bright as Heaven is the compelling story of a mother and her daughters who find themselves in a harsh world not of their making, which will either crush their resolve to survive or purify it.

FIFTEEN // The Seven Husbands of Evelyn Hugo*: Aging and reclusive Hollywood movie icon Evelyn Hugo is finally ready to tell the truth about her glamorous and scandalous life. But when she chooses unknown magazine reporter Monique Grant for the job, no one is more astounded than Monique herself. Why her? Why now?

I truly enjoy putting these gift guides to share with you all. I earn a small commission on purchases you make through my blog links. The price is the same for you either way. It works whether you buy what I linked to or other things. It makes my heart swell every single time I see a purchase has been made (no, I can’t tell who purchased, only that a purchase was made from a link). Thank you for your support! 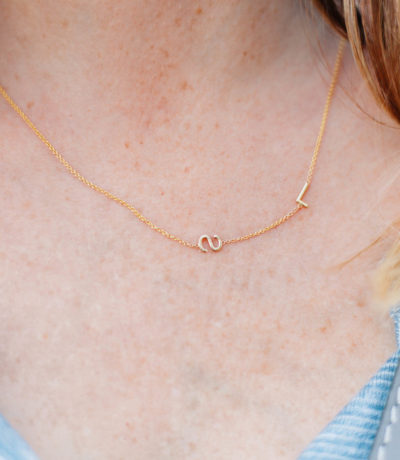 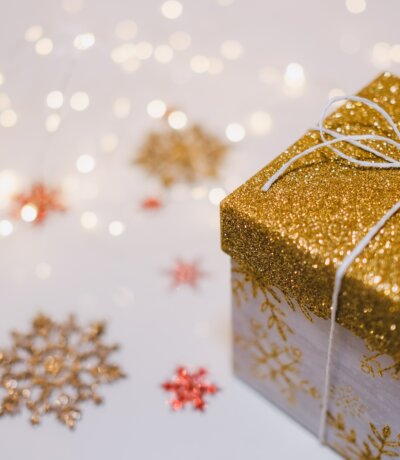