I always knew it, but taking these photos confirms I wear the same pieces over and over. How tired am I going to be of them in another 3 months??! The pair of jeans I bought on Poshmark make an appearance (or 3) this week, as well as a new pair of Birkenstocks. We exchanged gifts with Jim’s family when we were in Arizona. They gifted me the Birkenstock Arizona Shearling sandals that were on my wish list! I immediately wore them the next day and am happy to report I’ve worn them almost every day since, even if the majority were indoors.

SUNDAY: I skipped Sunday’s photo again. Since we had just gotten back from Arizona, I spent the day running errands and getting ready for the week. I tried on these leopard boots (bought on sale for $117) with this outfit and they look great with it. I worked out while Lawson was at gymnastics and Sybil was at preschool. It was 30 minutes of awesome and quite possibly changed the course of our week. BTW – these leggings are as good as I thought they were. So soft! You can’t tell in the photo, but I have the grey camo print.

Photo taken at our favorite treat spot, Sweet Cow. They have the best ice cream. The kiddos had a cone and we picked up gift cards for some of the staff at their preschool.

Whenever Sybil wants in on a photo, she runs up and immediately crosses her ankles like I do. I love it. It wasn’t until I was looking at photos for this post that I realized I wore this sweater twice in the same week. Not even a different color of the same sweater. These cashmere sweaters are staples in my winter wardrobe, but even I try not to wear the same one twice in one week!

I started off the day planning to wear this top and quickly switched it out for a sweatshirt. Sybil was up sick the night before and I wanted to be extra comfortable. I did wear a pair of Uggs for preschool drop-off before switching to my sandals.

Next week we have a few holiday festivities so maybe there will be a bigger variety of outfits. Quite possibly a day or two in pajamas mixed in. It’s about balance, right! 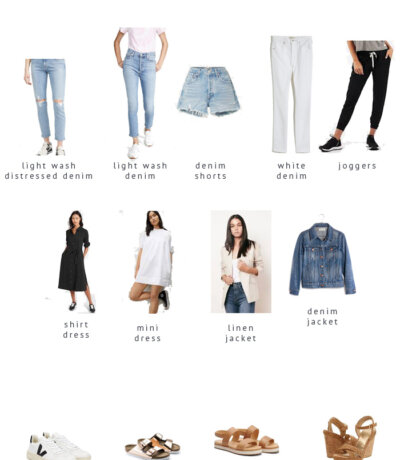 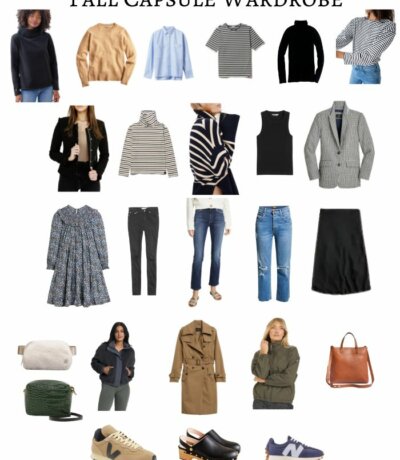